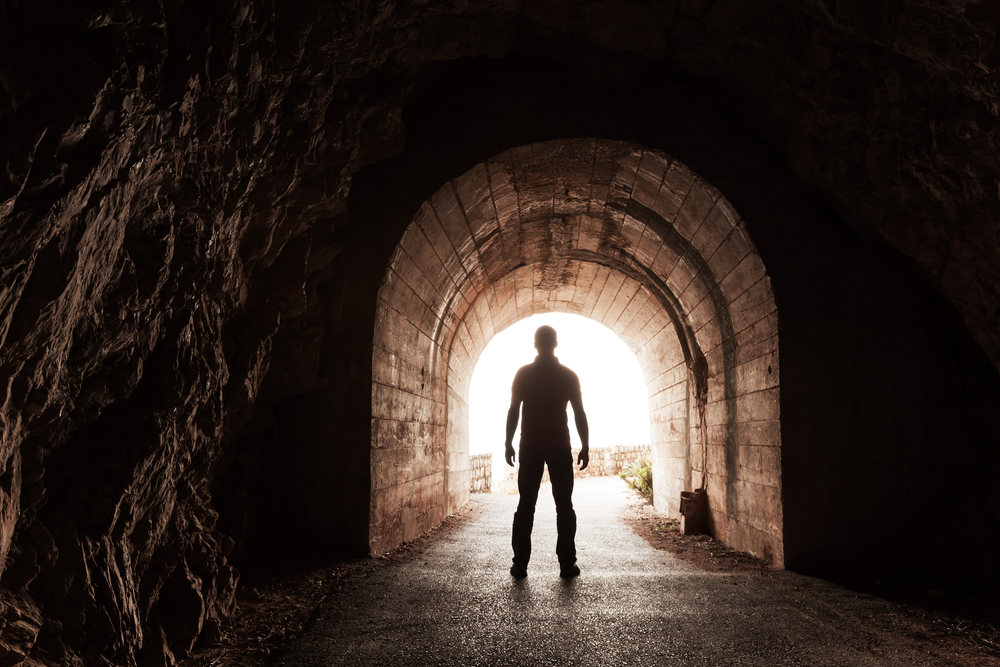 Arthur rolled his shoulders – the bag with the swords in it slid awkwardly across his back. This was a strange time – people’s weapons were in their computers and in their wallets. He let out a sigh and looked round at his knights. They were all dressed in different versions of the same outfit – lightweight jacket, t-shirt and jeans. A smile lifted his lips. It was a far cry from the chain mail and cloaks they used to wear to battle, but there was something about these men; the connection between them was the same, the feeling of brotherhood was the same. They were knights, no matter what they wore.

And then there was Merlin. He snuck a glance at the man next to him. No sword for him; he didn’t need it. It was still mind boggling the amount of power his friend had and yet he carried himself with nothing more than a quiet dignity and self assurance. Something Gwaine had said, so long ago, flickered into his mind. “You know what I like about Merlin? He never expects any praise. All these things he does just for the good of doing them”. It had been true then and it was true now.

On impulse, he reached out and cuffed Merlin on the shoulder, smiling and raising his eyebrows as Merlin cast him a look.

“Ah, but it isn’t as satisfying”

“Knights” muttered Merlin, his eyes flicking back out to the square. Arthur let his own gaze wander. There were more people here than he’d ever seen in Camelot. He was getting used to the sheer number of them but he couldn’t get over how detached from their community they were.

He looked up from the people scurrying through the square, towards the the big cathedral. It was the house of St Paul, Merlin had said.  It was an extraordinary feat of engineering. He’d thought the palace at Camelot luxurious, but it was nothing to this house of God. The front of the cathedral was covered in couples and small groups of people sprawled haphazardly over the steps having lunch, and tourists taking pictures. The idea of people traveling for the sole purpose to look at other places had been another odd one to get his head round, but standing here he understood anew the urge to go and visit strange new places – if they sorted all this out he wanted to travel all over.

The sky was a brilliant blue and the sunshine was a lot warmer than it had been – maybe that was what had brought so many people out.

Gwaine came up to his shoulder and followed his gaze. “Nothing beats London on a sunny day. Shame there’s so few of them.”

“If we’re only meeting one man why bring all of us?”

He turned to reply to Gwaine. “Merlin’s worried about his contact, Sam. He thinks the man might have been followed or heard. Which would be bad for all of us if so.”

“Is this Security Sam?”

Merlin walked up to them, hands at his side, seemingly ready for action, and a frown on his face. “Yes, Security Sam. He’s late. And he’s never late.”

A deafening noise shook the air and the ground seemed to tremble. They watched, frozen in horror, as the side of a building on the corner just slid to the ground, crushing people beneath slabs of rock.

Another crash and Arthur’s head dragged away from the horrific sight of broken rubble and a man dangling, screaming, from the rooms left open to the sky. The wall on the opposite building had also sheared off, covering the lone tree in dust and cracked masonry.

“Arthur! This is no man made explosion – this is sorcery. I can feel it. But I can’t tell where it’s coming from!”

He could see the tension in Merlin’s face. Knew how frustrated he must be. Another crash, another building. People were screaming and running but the road began to blow up in their faces, forcing them to run the other way. Arthur’s mind snapped into action.

“We do what we can to help. Merlin you need to track down this sorcerer and stop him. Or her.” Merlin nodded and turned to face the centre of the square, his face going blank and his eyes flashing gold. Leaving his friend to his tracking he directed Percival and Elyan one way and Leon and Lancelot the other. He grabbed Gwaine and ran for the nearest lot of rubble. People were desperately scrabbling to get to those trapped underneath the rock. He took hold of a large chunk of stone and reached inside for that strength of knighthood that not even 1500 years in a lake had done much to diminish. Pushing upwards he levered it up and sideways, Through the small hole he’d created he heard cries and rapid breaths.

“Four, that we can see. But one, she’s not moving”

Shutting his mind to the terror that laced the man’s voice, he thrust his shoulder against another broken slab and heaved; it shifted enough to give him leverage. Shouting out for assistance he heard Gwaine grunt as he took the other end. Muscles straining they hauled the big hunk of rock up and away, letting it fall with a crash onto the pavement. He reached in an arm and dragged out the man he’d spoken to, his hand slipping on the nylon of his sports jacket. A young woman in a suit pulled herself out and a portly gentleman was helped out by the willing arms of those around. Gwaine cast him a glance and ducked under the rubble. He reappeared holding the body of a woman; she was covered in blood and he shook his head at Arthur.

Gwaine laid her gently on the ground. Arthur looked around but no-one came forward to claim her. He took off his jacket and placed it carefully over her face, protecting her from the ever present view of the cameras.

There was more rubble and more crashes and more work to do. Casting a grim glance around the square he saw a group of men, all dressed in black, short swords in their hands.

He picked up the hockey bag and looked at his knight.

The other man screwed up his face. “Yeah, might not go down so well”.

He nodded once. “I’m aware of that, but they’ve given us no choice. They seek to stop us in our mission and I’ll be damned if I let them do it.”

Unzipping the bag he turned to face the oncoming men – they split, clearly some going to track the other knights down. Merlin was moving closer to a woman in the middle – maybe Keliandra had come to fight her own battles. The woman turned her head and he saw it was the matron. Pulling out his sword he heard screams from the people behind him. He didn’t turn around, he was holding a sword after all and that could end badly. He did look over his shoulder and address them.

“There is no need for fear. I seek only to protect you. If you can leave you need to try to get out and get to safety”.

The man who’d accepted his help out of the rubble spoke in a rush. “Who are they? Are they terrorists?”

He paused. “They are worse.”

The people in the square were out of control with terror now. He couldn’t see where the knights had gone but trusted them to do what they could to protect those who needed them.

He met Gwaine’s eyes. “I would say for Camelot but I think it’s all got a bit bigger than that. For Albion”

The two of them threw themselves into the fray.

The ground continued to shake and roll and people toppled over and stumbled as they sought desperately to find shelter. Every way they turned they were forced back by explosions or by the men in black, who slashed at any who came too close. Arthur ran for the group closest to him. Two of the men in black had turned and were advancing on a small group of young people who had summoned up the courage to throw rocks at them. The youths were backed up against a railing and the assailants grinned and hoisted their swords. Arthur came under the swinging arm of one and smashed his forearm into the man’s face, sending him reeling back. He swung Excalibur up with his other arm and blocked the blow of the second man. Disengaging, they sized each other up warily. The man who’d reeled backwards came forward holding his bleeding nose with one hand but his sword was still out in a surprisingly steady hold. Arthur swung his sword in a figure 8, loosening up. He watched his opponents’ eyes, aware too always of their feet. When the man on his left suddenly dashed forward he let him feint and spun instead to block the surprise blow of the man on the right. Grabbing the man’s wrist he hauled him sideways onto the sword of the other man. His surprised cry died quickly as Arthur smashed his sword pommel into his face, sending his nose cartilage up into his brain, ending his life. Whirling his sword over his head he brought it down in a slicing blow that struck his remaining opponent in the collarbone, slicing into his neck and opening the artery. Clutching at his wound, the man slowly sank to his knees before toppling to the ground. Arthur wiped the sweat from his face and turned to face those he’d been protecting. He was prepared for their terror but one of them had his phone out, recording the whole thing, and the others had shining faces of admiration. “That was incredible! Thank you!”

He half smiled and half grimaced and put his sword down. “It was nothing. You should be leaving – try to find safety.”

As they stumbled past him he looked around. Gwaine was no-where to be seen in the dust and he could smell fire and see smoke arising from one of the buildings. Where was Merlin? He looked and saw him seemingly standing still, but he caught the slight movement of his hands and following the direction saw rocks and rubble from the continuing explosions pulling themselves up, avoiding the people below them and falling away somewhere else. Merlin was turning slightly and managed to get most of the explosions as they occurred. How he had ever managed to convince the world he was an idiot was beyond him.

He turned and saw a man stalking towards him, dressed in black, a long trench coat flying out behind him. Mordred. The other man had his sword out and Arthur hefted his in his hand, swinging it once or twice. He walked towards the man who’d already killed him once before and then halted. Those were cries and screams from the rubble of masonry to his left. And they sounded like the cries of children. He cast a glance at Mordred. The druid could wait. Some things were more important.

From The Return of Arthur – Merlin Fanfic.